The Black Jack TT Mod was created for a special type of customer, Mike Serlin, Oceanside Crew member and Motosurf pioneer from the early 2000’s had just installed some Black Jack 44mm Carburetors on his Freeride Yamaha SuperJet, while he loved the increase he had in power he now had he had some interesting “complaints”. 1st of all it was consuming too much fuel, his riding spot was at least a 15-20 minute ride from the harbor launch ramp meaning that he would already use up a good portion of his tank before even getting into the surf. His second problem was “it was a bit too much power at times” while he loved the added low end and midrange pull the Black Jack 44’s delivered for aerial maneuvers, he wanted something that was more gradual and had a more modular build of power for when he was riding ‘surfing’ on a wave. 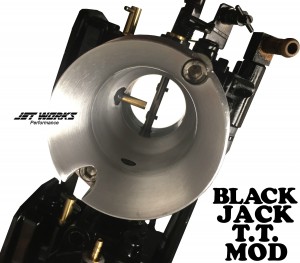 As you can imagine, Art was kind of puzzled, in all his years of building race and freestyle ski’s being told “I want less power and better MPG” was not common. Rejetted stock carbs were not cutting it in the power department and going to a single carburetor wasn’t going to provide smooth power delivery, it left very few options on the table.

Going back to the stock Twin Mikuni 38mm Carburetors found on a Yamaha Super Jet we started thinking of alterations that we could do to them. We tried taper boring as well as annular discharge methods but due to the carbs smaller size and increased air velocity, we were not getting the consistency we were looking for. So we started trying methods that failed during the development of the larger XBN Black Jack Carburetors. After many hours of water testing, we found a combination of a light taper bore and a T.T. style atomizer we could deliver a carburetor that not only ran smoother than stock but also delivered better acceleration and better flow to allow for better top speed more power overall.

The Black Jack T.T. Carb Modification is the best and only modification for your stock 38mm OR 40mm Mikuni Carburetors off of 1996+ Yamaha SuperJet and Kawasaki 750 SXi-Pro & 800 SX-R. They don’t load up, are easy to tune, offer superb fuel consumption when compared to bigger carbs and best of all hit extremely well for their size. They also allow you to use OEM intake manifold and reed cages making the perfect for those looking to upgrade on a budget.
This modification will also allow you to use your OEM air box which a lot of surf riders like in order to help keep water out of your engine when you get rolled in a wave, but they will perform best when paired with aftermarket air filters.

Watch the video below to see the carbs in action on a Jetworks 850cc SuperBore engine!

The Black Jack 38mm’s & 40mm’s are perfect for Go Karts and other small engine custom builds!

The Black Jack T.T. Carbs are available individually for Go Kart and other small engine vehicles in 38mm and 40mm measured at the throttle plate. The 38mm comes with a built-in fuel pump powered by the engine pulse line. The 40mm comes with a built fuel pump and with an accelerator pump. The accelerator pump can be deleted if not needed. These carbs have been successfully used and tuned on 2 and 4 stroke engines running on pump gas, unleaded and leaded fuels, oxygenated race fuels, e85, and methanol.

For PWC’s we do not sell new pairs for the Yamaha 701/760 or Kawasaki 750/800 platform, these use black body carbs and they are different from the individual silver body carbs and are not available from anyone other than OEM Yamaha & Kawasaki. You must send us a set of clean, un-rusted set of OEM carbs along with your intake manifold for the modification. The individual silver body carbs can also be used on a Kawasaki 550’s with a dual 38mm manifold.

We do not recommend using the silver body carbs on a Yamaha 701/760 or Kawasaki 750/800 Platform as they are different carbs and will require a custom linkage and carb spacers or different manifold to mount them which are not available. They will also jet differently and we do not offer support for jetting/tuning as we only run modified OEM on these engine platforms and have no experience running silver bodies on them. 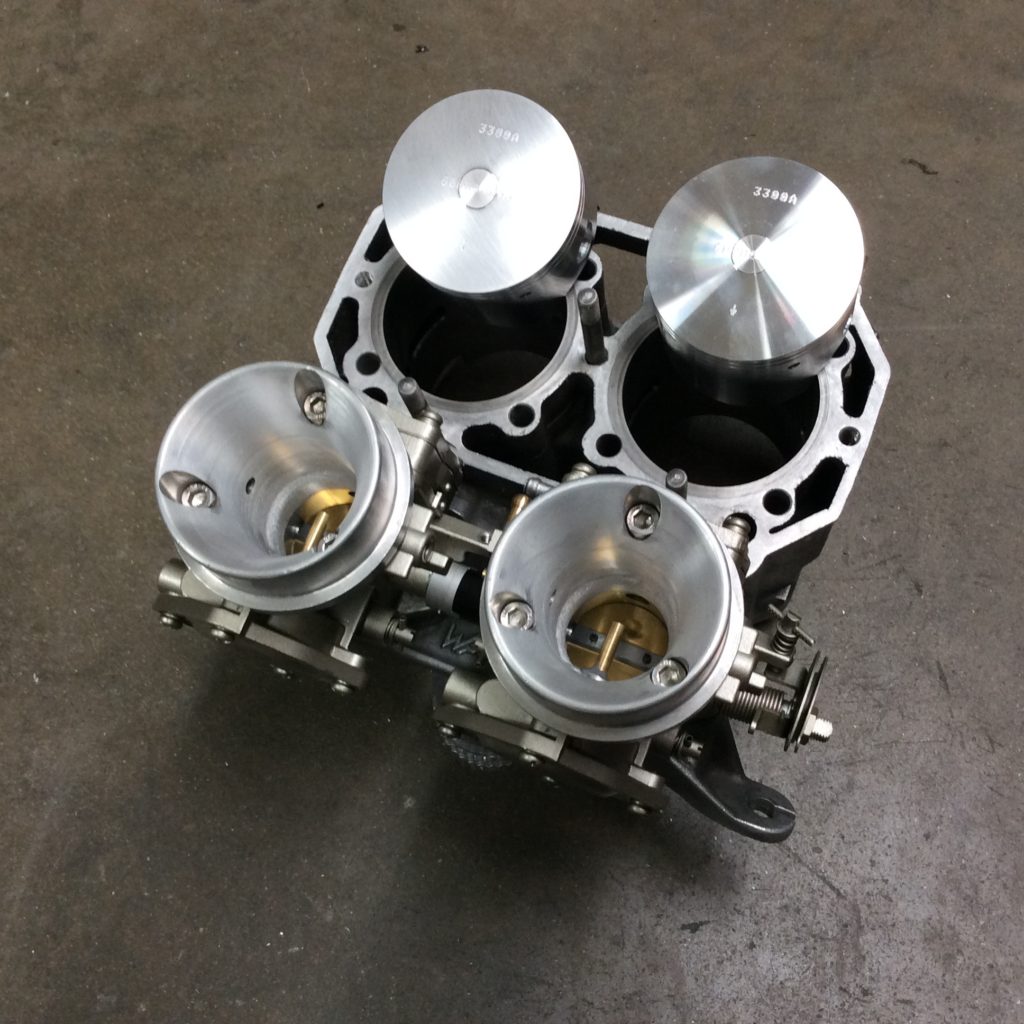